An Interview with the Australian Sociologist who coined the term ‘Neurodiversity’ 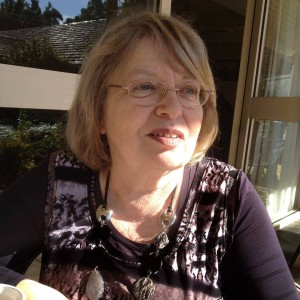 Many of us would concur that the term Neurodiversity is representative of the fact that differences in neurology should be recognized and respected as a social category, similar to ethnicity, socioeconomic class, sexual orientation, gender, or disability. But most don’t know that Judy Singer, an Australian sociologist, first used the term Neurodiversity in her sociology honors thesis in 1996-1998 (and formally presented the paper in 1998). US writer Harvey Blume, with whom Singer corresponded with about their mutual interest in Autism, further popularized the word in a 1998 issue of The Atlantic, stating, “Neurodiversity may be every bit as crucial for the human race as biodiversity is for life in general. Who can say what form of wiring will prove best at any given moment? Cybernetics and computer culture, for example, may favor a somewhat autistic cast of mind.”

Singer’s work on autism and neurodiversity became widely known as a result of her chapter “Why Can’t You be Normal for Once in Your Life?” based on her thesis which was published in the UK in 1999 (Disability Discourse, Mairian Corker Ed., Open University Press, February 1, 1999, p 64)).”

The words from the chapter read:

“For me, the key significance of the Autism Spectrum lies in its call for and anticipation of a politics of neurological diversity, or ‘neurodiversity.’ The neurologically different represent a new addition to the familiar political categories of class/gender/race and will augment the insights of the social model of disability. The rise of neurodiversity takes postmodern fragmentation one step further. Just as the postmodern era sees every once too solid belief melt into air, even our most taken-for granted assumptions: that we all more or less see, feel, touch, hear, smell, and sort information, in more or less the same way, (unless visibly disabled) – are being dissolved.”

With my own longstanding, vocational works on the topic of neurodiversity and autism, I was instinctually driven to discover more about Judy Singer; a name I had heard mention of repeatedly, but a person I did not know much about. A woman who wrote honestly: “Sometimes I don’t want to be yet another Australian woman far from the global cultural hubs and destined ‘to blush unseen and waste my intellect on the desert air’. I’d like to be part of the big conversations with the popularisers of work I helped pioneer.”

From the moment Judy Singer’s kind face popped up on the computer screen in Skype, I was tickled—for there was the woman ahead of her times with the charming Australian dialect, and telling, soulful eyes, who first coined the word Neurodiversity in the mid-1900s. From the get go, I found Singer to be exceedingly transparent, genuine, and inviting. Indeed, a near two hours had passed, before either of us had even realized. During our conversation, for the most, Singer wove in and out of her history, which told of both triumphant and troublesome times.

“When I grew up, we thought children were born blank slates that parents could write on. When my daughter was born, I had to revise my thinking,” Singer shared.

She knew early on that “Aspergers was going to be huge” and recognized there would be a “feeding frenzy by the medical and helping professions who, apart from a few pioneers at that time, thought that any lay person who mentioned a disability they had never heard of was being neurotic. ”

When speaking about herself, and how she fits into the neurodiverse tapestry, Singer stated, “I’m not quite disabled and I am not quite mainstream.” Singer clearly recognizes firsthand the daily struggles of the neurodivergent individual, telling in her youth that she suffered from bullying and feelings of exclusion, and had difficulty making eye contact and ‘small talk;’ while adding, she had trouble finding the ability to stand her ground with peers. The difficulties Singer faced in growing up were evident, including battles with obsessive behaviors and extreme emotional attachments. And like many of us who are part of the neurodiverse population, Singer struggled with building a career, and when faced with challenges, tended to give up on things. 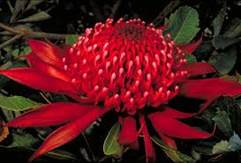 I found commonalities within myself when listening to Singer’s tellings, particularly when she expressed how she believes she is highly intuitive, taking in everything when amongst a large group, and how she finds it hard to converse in group settings. Singer is definitely a woman of advanced ideas. In the 1990’s, Singer recognized that people with different kinds of minds were oppressed in the same ways women and gay people were, before they had their own movement, and that the neurologically diverse needed a movement of their own.

They just needed a catchy name for it. “But ‘neurological diversity’ was too much of a mouthful to be catchy. That’s when the word Neurodiversity came to me,” Singer explained.

Even so, Singer struggled in Australia’s Disability Studies movement, which she said lived in the shadow of the American and British movements, and had not at the time theorized autism.

“It was hard enough to be taken seriously claiming to be affected by a disability that almost no-one in Australia had heard of, let alone to be breaking new ground, especially as a woman lacking the dominant neurotypical gift for self-promotion. I just didn’t know to look authoritative. Even today my work is well known overseas yet virtually unknown in Australia. Although as of the publication of Steve Silberman’s Neurotribes, which mentions me, there has been some interest, and I will be speaking at the 2017 Asia Pacific Autism Conference,” Singer said.

As a result of a lack of disability support agencies and systems in the 1990s in Australia, and the deficiencies in others’ understanding of the traits and challenges associated with autism, Singer gave up on any academic ambitions. “In the end, it all got too hard. I was a sole parent with no family other than an Aspergers mother and daughter, and I was struggling to keep our heads above the poverty line. I gave up on the painful uphill struggle for recognition of my work and instead focused on practical local initiatives, like setting up a social club for Sydney’s Aspergers teens,” shared Singer.

Singer’s mother was a traumatized survivor of the Holocaust, who Singer realized had strong Asperger’s traits. Her mother’s experience instilled in Singer the determination to try to make the world a better place. She said that her father, a loving, devoted, happy-go-lucky NT, was gradually hollowed out by his role of carer for a disability which no one had ever heard of. “Not being a thinker,” he died in denial of what Singer kept trying to tell him.

“Why can’t you be normal for once in your life?” was almost a daily expression of frustration in Singer’s family, and became the title of her chapter in the UK Open University Press book, Disability Discourse, which first bought her work to public notice. Yet it was only when Singer had her own child, with traits similar to her mother’s, that Singer realized that there was some kind of hereditary disability in the family, and that her mother had been struggling to be ‘normal’ all along. Singer stated, “This knowledge came too late to save my father. Besides it still hadn’t occurred to the mainstream that Autistic children do grow up, let alone that they can be parents.” 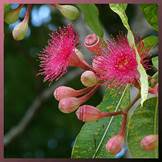 During the interview, when speaking about her grown child, Singer’s eyes lit up, her posture changed, and she seemed to settle into peace and tranquility. Singer shared of her daughter’s absence of social masks and “incredibly, lovely, grateful” presence and passion for performing in musical theater. Even though Singer’s daughter is in her early 30s, like many autistics, she looks young for her age, and is often asked what high school she attends. On expanding on her daughter, Singer noted her love of fan fiction, including Harry Potter books and The Hunger Games series, and added she has a “fantastic memory” and is adept at computers. Still, her grown daughter has challenges with speedy cognitive processing, multi-tasking, and social self-promotional skills required to find gainful employment (that matches what she can bring to the job). Despite learning difficulties, her daughter has her own holistic, rather than linear, way of acquiring knowledge; and despite having an outstanding Librarianship diploma, she could only find volunteer library work, and now works part time doing data-entry.

Singer broke into a wide smile when she explained her daughter doesn’t mind the two-hour bus ride to and from her place of work, because it affords her ample time to read. “Business is built around speed and competition and that makes it very hard for those on the autistic spectrum to get jobs,” said Singer on the topic of employment and autism.

“Too often they (autistics) spend a life doing more and more courses which don’t lead anywhere beyond more volunteering or, at best, low-paid menial tasks that don’t fit their abilities. Disabled people are still ripe for exploitation, doing work they have every right to be paid for”.

“Back in the 90’s those of us in my online support groups agreed that autism cannot be reduced to a linear ‘spectrum,’ although the word remains useful shorthand. Nor is it caused by a single genetic trait or vaccinations, for example. I preferred to think of it as a group name for diverse clusters of behaviors, that had in common what I called impairments of ‘Social Communication’ in my thesis. The word Neurodiversity was part of my response to the waning authority of psychotherapy, which had given those of us ‘on the spectrum’ so much grief, and to the rise of the ‘stronger medicine’ of neuroscience.”

I saw that if we were going to legitimate our movement, we needed an important-sounding word in the new language of Neuroscience. I have to say that Neurodiversity is really just a new word for a very old idea – a fancy 21st century way of repeating the old adage: “From each according to their ability; and to each according to their need.” This is an ideal to be strived for though it may not always be reached.”

Singer, like her mother, is no doubt a survivor. And many of us owe her a great gratitude for bringing into the forefront a term that empowers millions. As for her own neurodivergent identity at this moment, Singer spoke: “I’m likely somewhere on the autistic spectrum—somewhere between low-functioning, normal ‘underachiever’ (how I was often viewed) and high-functioning, autistic survivor-against-impossible odds.”

Singer J, (1998) Odd People In: The Birth of Community Amongst People on the Autism Spectrum: A personal exploration of a New Social Movement based on Neurological Diversity. An Honours Thesis presented to the Faculty of Humanities and Social Science, the University of Technology, Sydney, 1998.

Singer, J. (1999). Why can’t you be normal for once in your life?: from a “Problem with No Name” to a new category of disability. In Corker, M and French, S (Eds.) Disability Discourse Open University Press UK 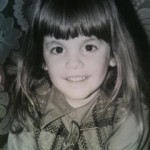 This interview was brought to you by Spectrum Suite. Conducted by founder of Spectrum Suite, Samantha Craft M.Ed. (aka Marcelle Ciampi). Craft is the senior job recruiter for ULTRA Testing, a technology company with a neurodiversity hiring initiative. She is also an autism educator, the author of the blog and book Everyday Aspergers, former Selection Committee Chair at the ANCA World Autism Festival and active in autism groups locally and globally. She serves as a keynote, guest speaker, workshop presenter, and neurodiversity recruitment specialist. She can be reached at everydayaspergers@ gmail.com